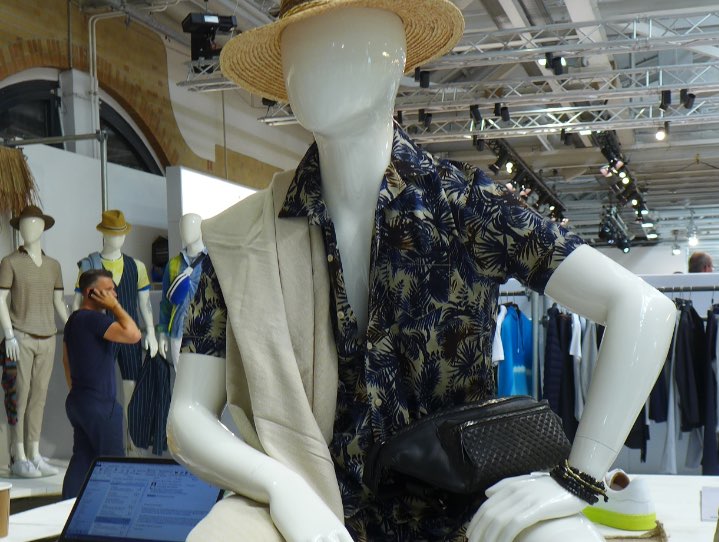 Yes, 5 very inspiring days of the Berlin Fashion Week Summer 2019. Yes, Berlin has the highest and most inspiring density of fantastic designers. Nowhere in Germany, fashion and art are as visible as in Berlin. The Catwalk Shows from the many great brands like Willam Fan, Lou de Bètoly, #Damur, Nobi Talai, Marina Hoermanseder to Christoph Rumpf, winner …

It was a massive and positive season opening during the BFWEEK. We researched the updates for the season on the following fairs: PANORAMA, PREMIUM, SEEK, NEONYT, SELVEDGE RUN, DER BERLINER SALON, AND OFF SITE EVENTS AT UPCOMING FANTASTIC NEW DESIGNER EVENTS AND SHOWROOM DATES DURING THE WEEKEND. All Pictures from all fairs and events: ©nextguruNow. KEY …

Two Design giants start a new collaboration: as DEEZEN has just reported, a pony hair, grainy leather collection with three styles is ready to launch. It is the first time that Birkenstock collaborate with a single Designer for the Birkenstock BOX project. Read the full article here on DEEZEN https://www.birkenstockbox.com/rickowens/ picts: Birkenstock

from boy george to visage, steve strange, up to marc almond to sigue sigue sputnik . the new romantics made one of the most impressive fashion statements in history. a must see is the creative explosion of london fashion in the 1980s in a major exhibition at the v&a:

more than 85 outfits….london fashion in the 1980s showcases the bold and exciting new looks by the most experimental young designers of the decade, including betty jackson, katharine hamnett, wendy dagworthy and john galliano.

here are the details from the v&a press department:„the exhibition traces the emerging theatricality in british fashion as the capital’s vibrant and eclectic club scene influenced a new

…for all who work already on the winter season 2014_15 : check out the new CHVRCHES video….: RECOVER is the first single of the first ep…dark_3d_galactica_for me it`s very inspirational…and uplifting !!! the scottish band is the hip act for 2013: electro meets fairies meets synthie power pop…..: lead singer lauren mayberry will be the_it girl_media darling_ in the next year…..http://chvrches.tumblr.com

happy to see chvrches live in berlin 19th april at berghain. it`s completely sold out…but the guys will be back in germany in may. see the tourdates for germany here after the _more….