the first and foremost odour from nextgurunow.
made for the soul of both sexes
released 1997 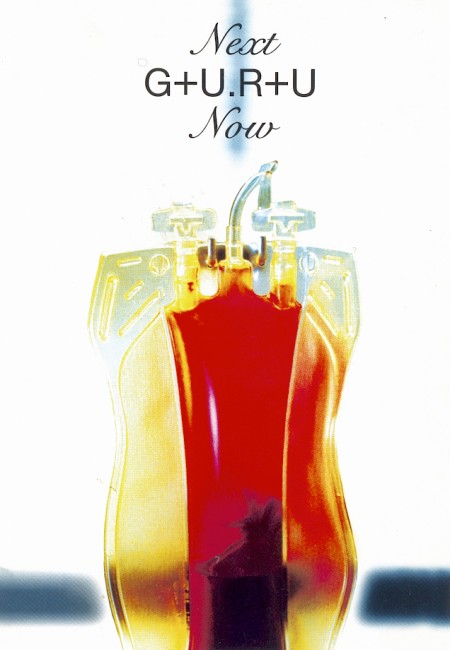 MUTATION N° 1 is making a contrapoint to all the light citronella scents . It is a very individual composision of scents: first tarragon and bergamot leading then to tabacco and sandlewood but finally remains a mixture of powdry balsamic basicscent of oakmoss and amber with traces of vanilla

the unisex – scent MUTATION N° 1 stands in intentional contrast to the so named “green scents”:
At the first “sniff” the eau-de toilette has a bewitched strong scent made aout of nearly 100 natural essences like cinnamon, tobacco and woods develops a very individual powdery whiff scenting amber, oakmoss and vanilla.
the phiol design reminds vintage laboratory interior – old fashioned like from the desk of your grandma but at same time very hip, while the consistence of the pump is pure latex.so the mind turns quickly from the past into futuristic pharmacy athmosphere..
it’s transport safe and unique, not only while the label floats inside the bottle

the dressing idea of Next G+U.R+U Now urban mutation couture is continued by the eau de toilette MUTATION N° 1 for the senses. – a unique product sold in exclusive, independent stores. 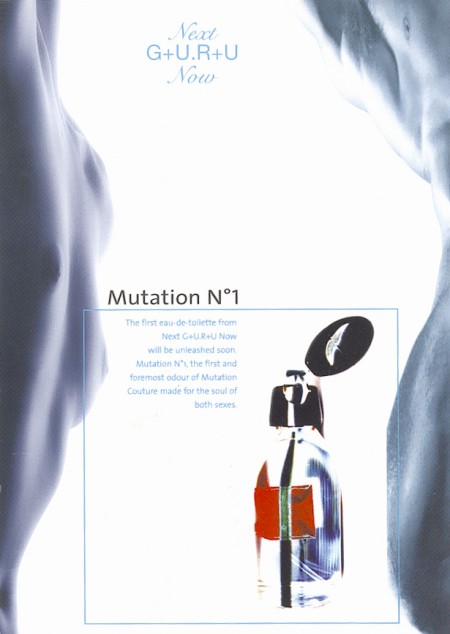